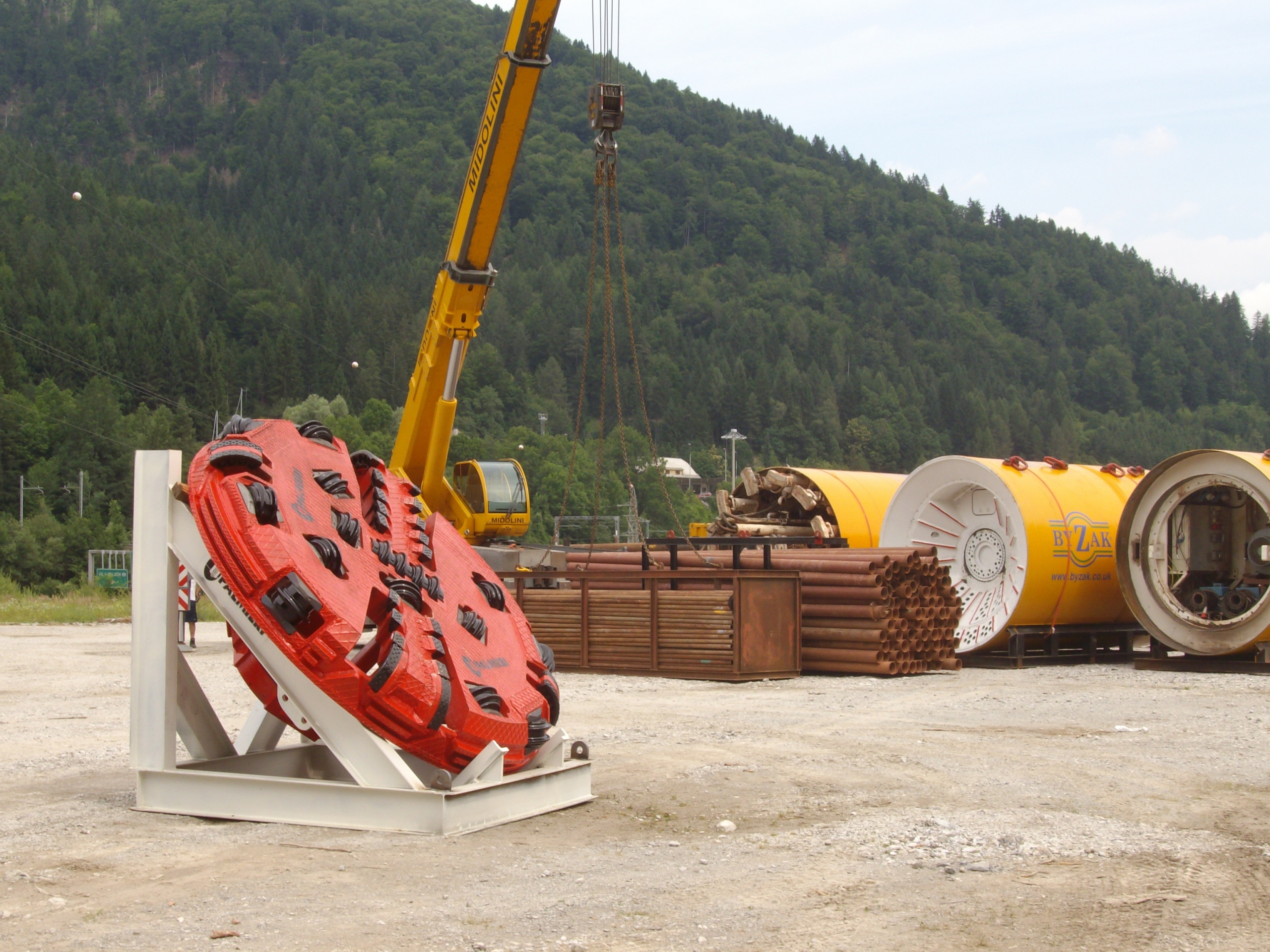 The trenchless technology called Direct Pipe – patented by Herrenknecht AG – combines the ad-vantages of the microtunnelling technology and the horizontal directional drilling (HDD), allowing the direct laying of steel or polyethylene pipelines without the use of important volumes of slurry to sup-port the excavation.

The Direct Pipe technology applies the same excavation methodology used for the microtunnelling, which is based on the use of a remotely controlled milling cutter with a closed shield, hydraulic bal-ance of the pressures acting on the face, and hydraulic evacuation of slurry, which moves forward into the soil.

As opposed to the microtunnelling technique, the milling shield is not followed by casings, but directly by pipes, welded to the rear of the milling cutter. The thrust force necessary to the advancement of the pipes and the milling shield is given by a special thrusting unit called “Pipe Thruster”, which is in-stalled in correspondence of the starting/thrusting station. 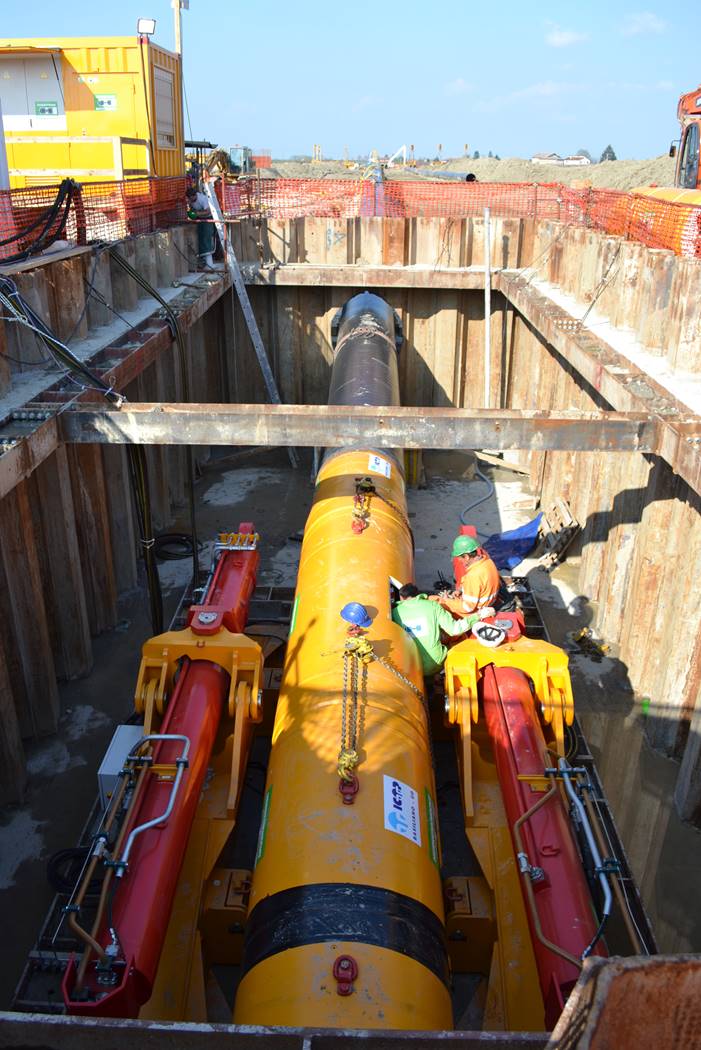 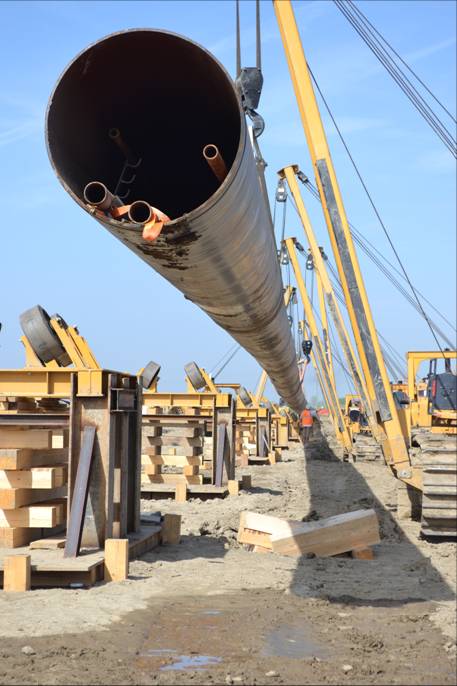 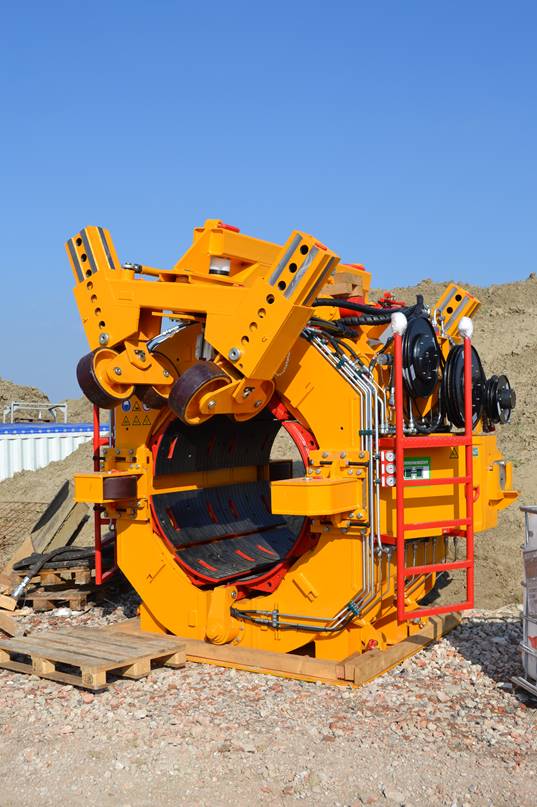 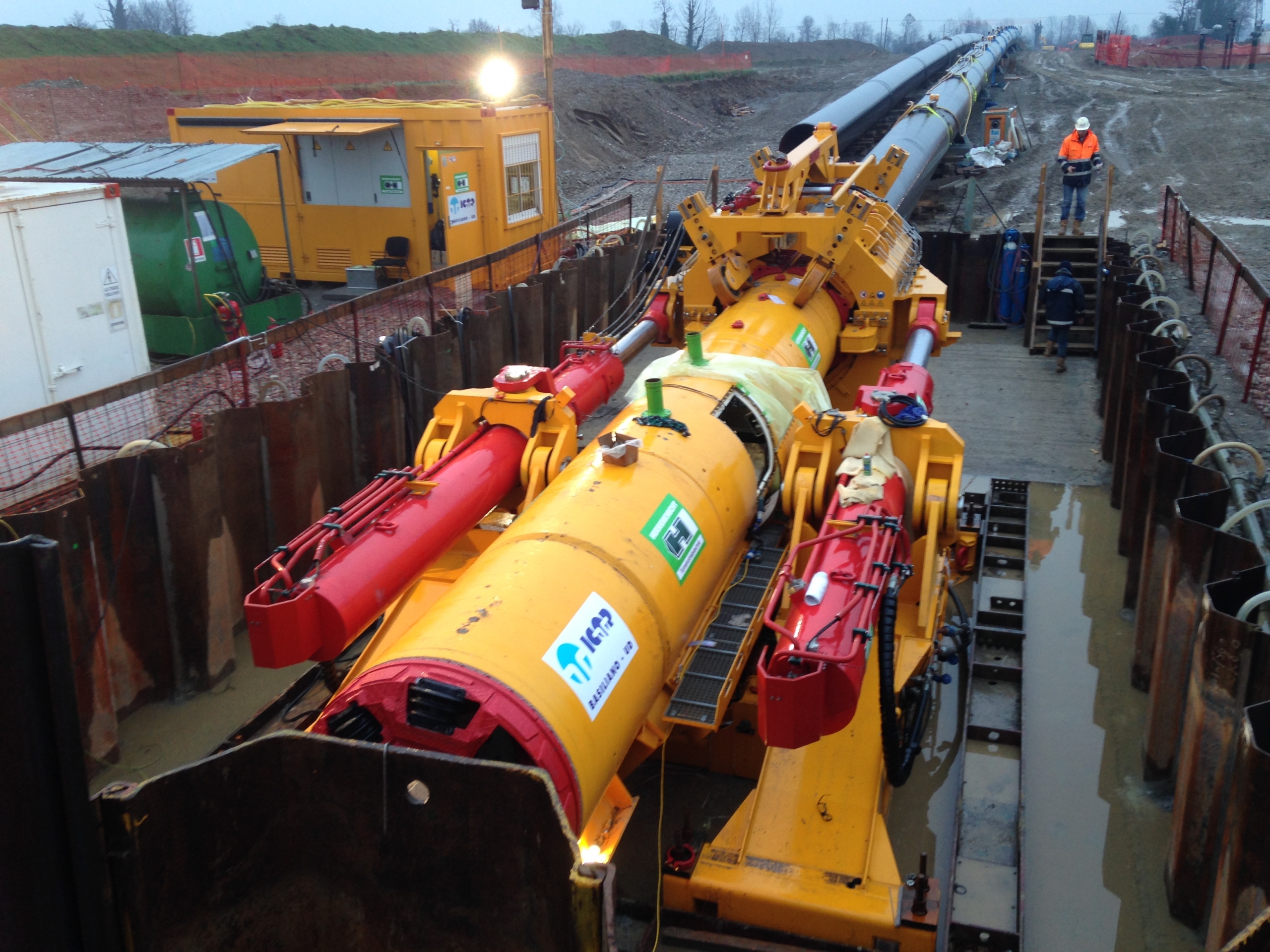 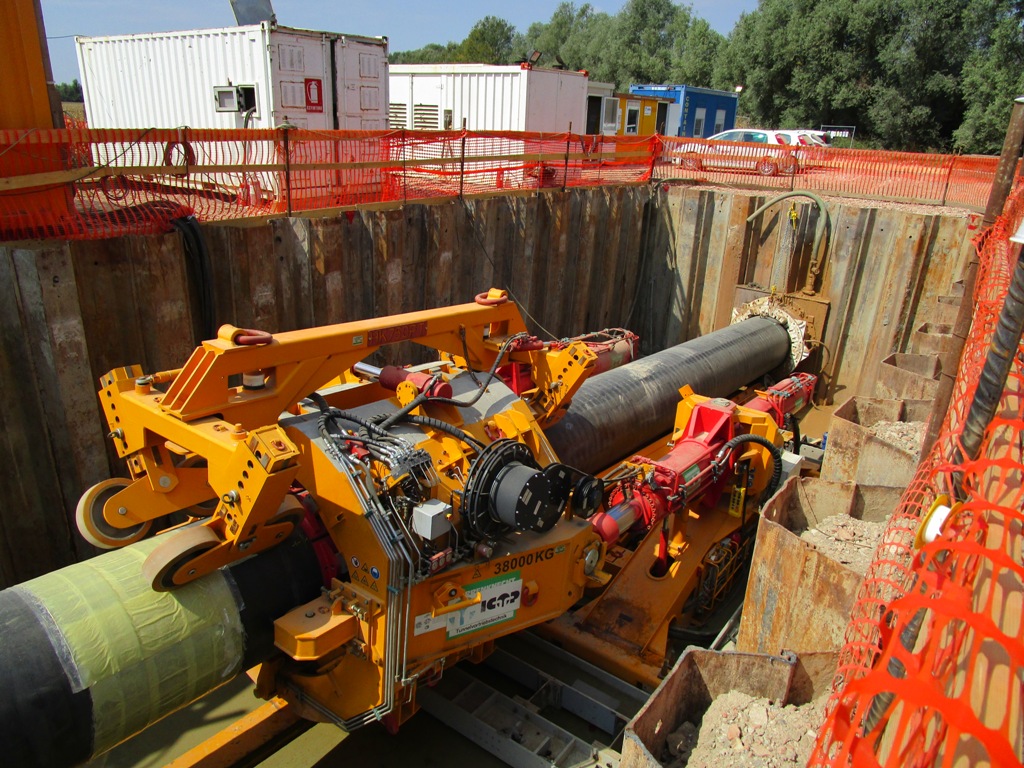 The Pipe Thruster is mainly composed of clamps clamping the pipe which transfer, by friction and without damaging the coating, the thrust given by two hydraulic jacks connected with the clamps by means of a structure. By using this system, the pipes and the milling shield are thrusted into the soil and advance with the progress of the excavation.

The pipe to be laid is prepared and positioned, before the start of excavation and thrust operations, on a slipway, which is positioned on the back of the starting station, in axes with the installation track. In relation to space availability and to the length of the section to be laid, the pipe may be set up on the slipway in its entire length, or divided into smaller strings.

This system allows to lay long pipes during a single phase, significantly reducing the execution time compared to other trenchless technologies. Furthermore, thanks to the excavation method adopted, the direct pipe technique is suitable for various types of soils, even in presence of ground water. Thanks to the constant presence of the pipes in the excavation, as opposed to the HDD method, there is no need to use large volumes of slurry to support it.

I.CO.P. used this technology for the first time between 2011 and 2012, for the construction of four crossings included in the works for the construction of the Snam Rete Gas “Poggio Renatico – PIL8 (48”)” pipeline. In particular, the first crossing of the channel “Scolo Riolo”, made by I.CO.P. nearby Bologna, worked as pilot project for the launch of this technology in Italy in DN48.

Then, between March 2013 and September 2014, as part of the works for the construction of the Snam Rete Gas Zimella – Cervignano DN 1400 (56”) DP 75 bar gas pipeline, I.CO.P. made use of the Direct Pipe technology for the construction of two crossings that constituted the first application of this technology with pipes having a diameter of 56” on the national territory (see project Montichia-ri). 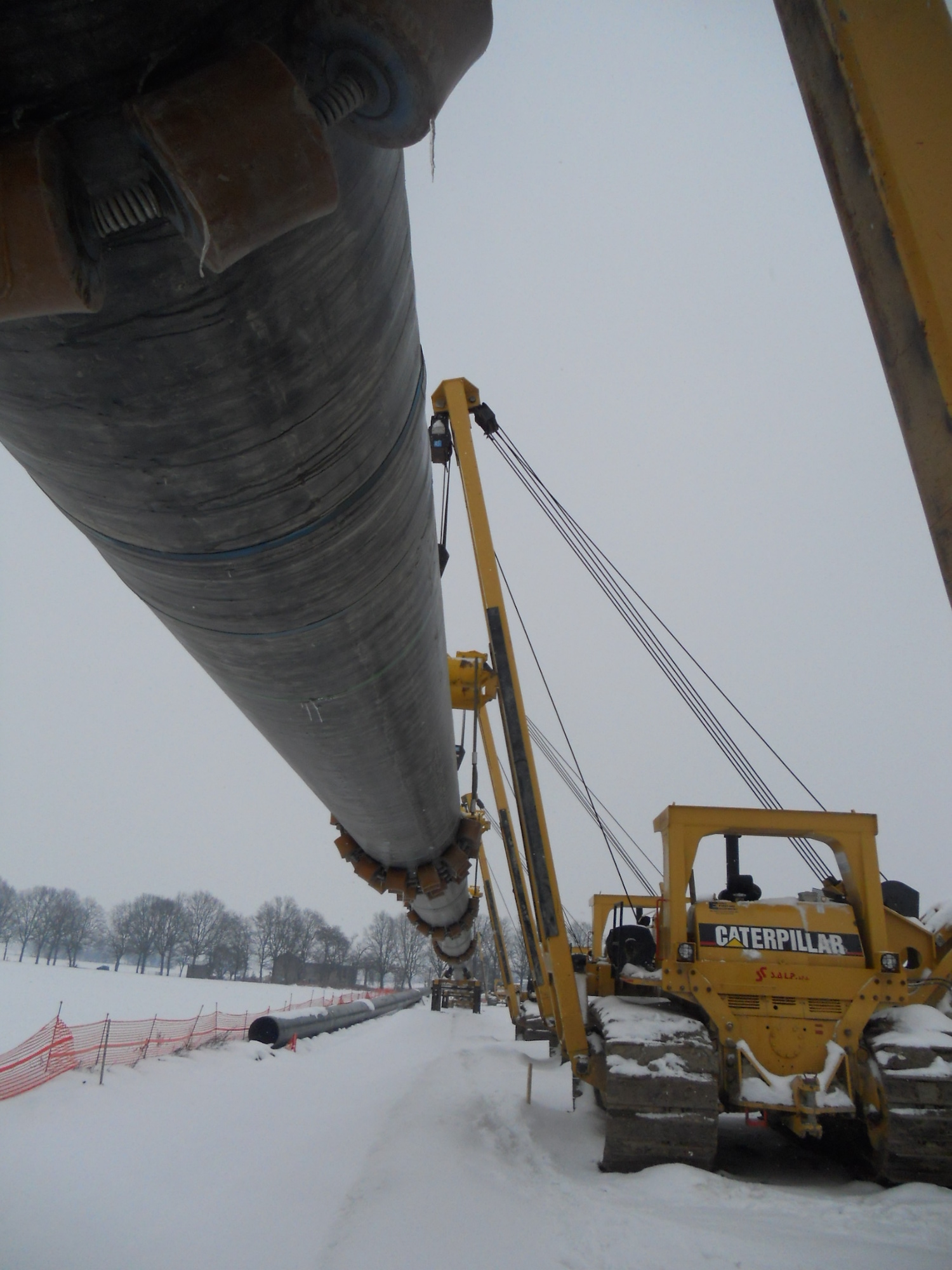 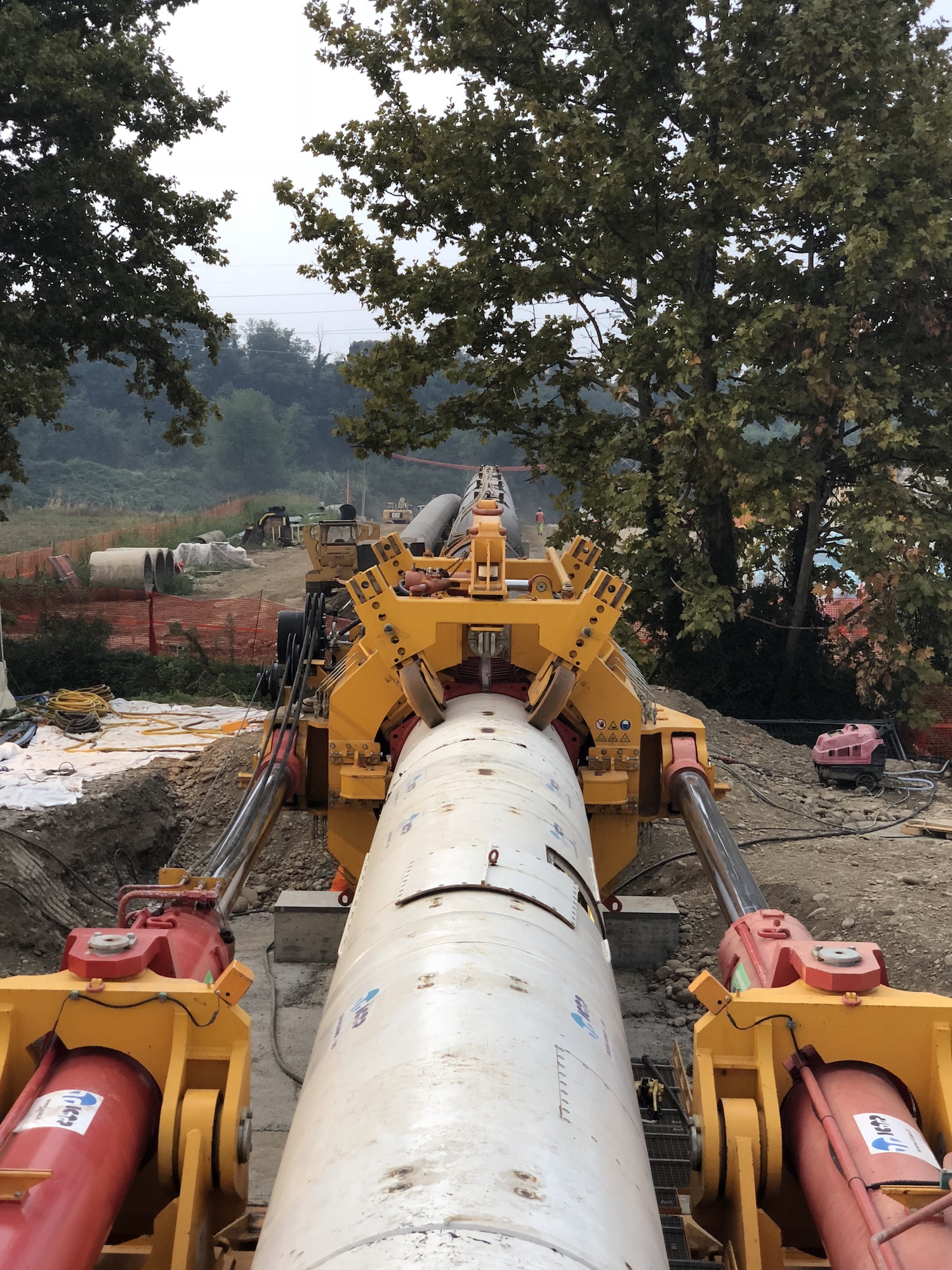