Here you can find the introductory speech given by Vittorio Petrucco, President of I.CO.P. S.p.A., during the ceremony for the completion of the construction works of the Logistic Platform in the Port of Trieste.

I welcome the Minister of the Economic Development Mr. Stefano Patuanelli, the Consul of Germany Ms. Tatiana Schenke Olivieri, the President of the Region Mr. Massimiliano Fedriga, The Mayor of Trieste Mr. Roberto Di Piazza, the President of the Harbour Authority Mr. Zeno D’Agostino, all the Authorities, and all the guests.

We are here to celebrate the completion of the construction works of the logistic platform. Seven years has passed since the President Ms. Marina Monassi laid the first stone. Half of this time has been employed for the planning and the administrative process, the other half for the execution of works.

It seems a long time to execute a concrete floor, even if very large (20 football fields), but the work is especially what you don’t see, such as: 862 large diameter piles 40 meters deep, a slab of 8 hectares, a 500.000 m3 sediment tank (just to give an idea, 5 times the pile on your left).

A work of this size requires to confront also with the administrative aspects, which are many and complex.

Only thanks to everyone’s engagement (engineers, works manager, companies, harbour authority, public entities) we have overcome all the obstacles along the way and we are here today.

This is a complex work, the biggest one I.CO.P. has ever realized, and I’m proud of it.

Usually, when an important work is completed, I feel like I’m losing something. This time it’s different, because there will not only be one thing to come, there will be three things to come.

The first: the works, planned according to the programme agreement which was signed last June by the Ministries of the Economic Development, of the Transport, of the Environment, by the Harbour Authority, by the Region Friuli Venezia Giulia, by the city of Trieste, by the Arvedi Group and by I.CO.P., will begin. The “hot working” area of the foundry (that you can see on your left) will be reconverted to harbour logistic use, and a new railway station serving Servola will be built, to be the direct link of this part of the port to the main road network.

The second: the activity of the platform will begin, and the entrance of a great logistic company such as HHLA will encourage commerce as never before.

The third: the Logistic Platform of Trieste will further expand through the construction of Pier VIII (Molo VIII), to ensure continuity and growth to the port of Trieste, which is the first Italian port and ninth European port by tonnes handled.

This platfoorm, where we are here this morning, is therefore the first piece of a much bigger puzzle: a great project for work, for the environment, for the rebirth of the neighbourhood of Servola, for the inhabitants of via Svevo, for the city of Trieste, to rediscover, with a new history, the ancient geography of this land.” 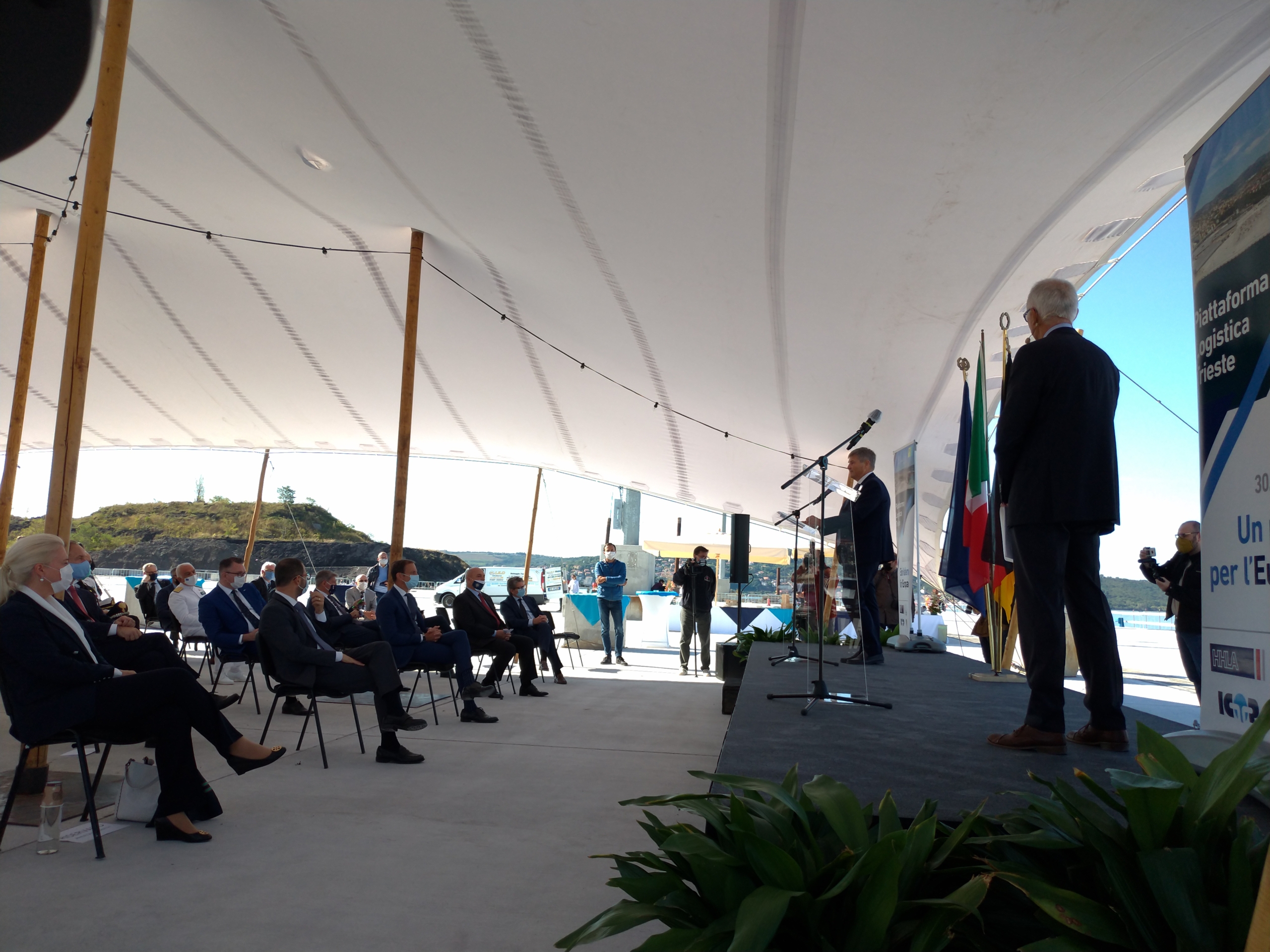 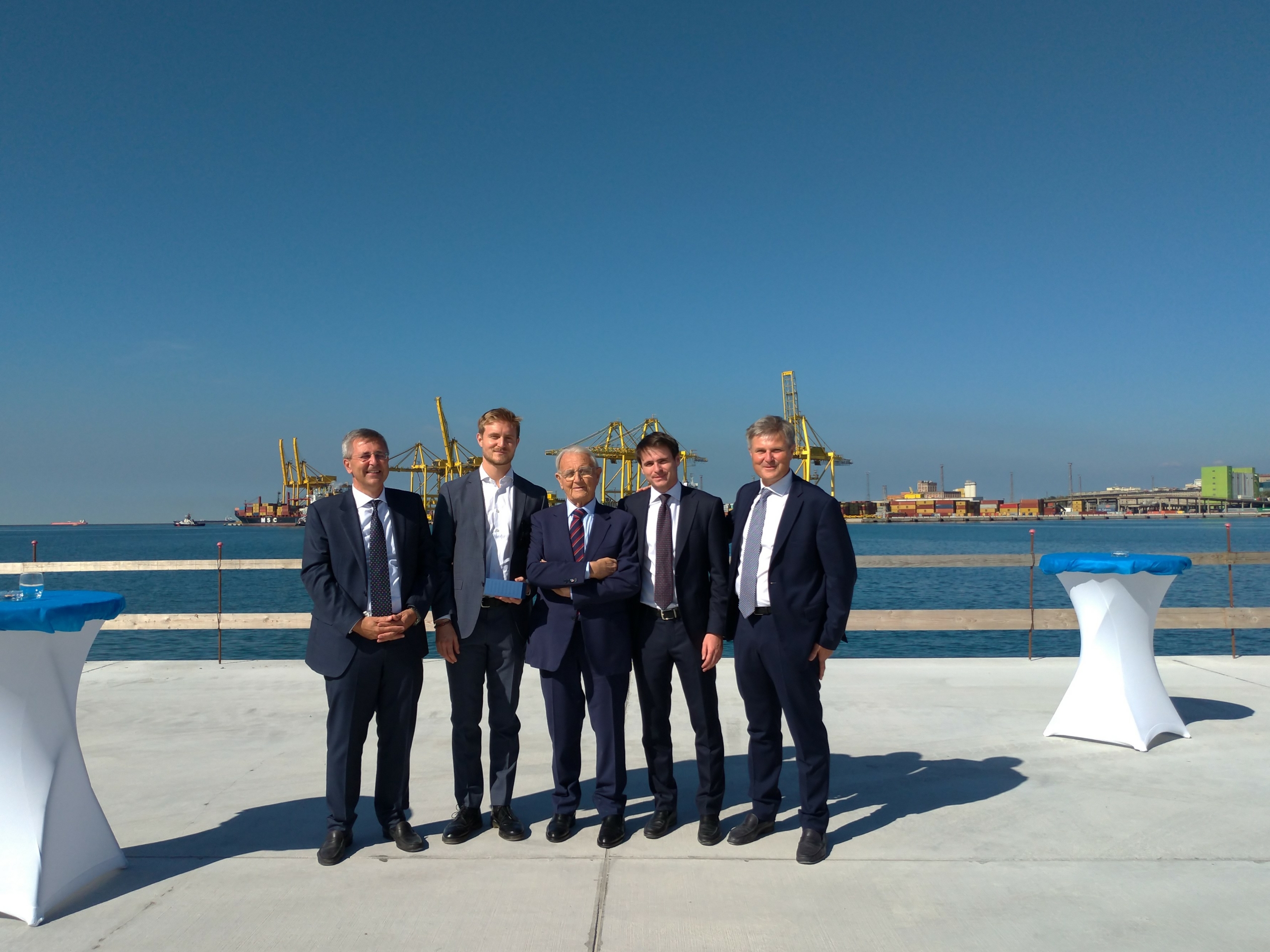 Piling, anchoring and diaphragm walls with trench cutter: I.CO.P. at work in...

Works at the Grand Paris Express project
Scroll to top